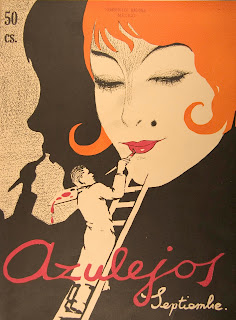 The Museum of Fine Arts, Houston, and its research institute, the International Center for the Arts of the Americas (ICAA), have devoted ten years and $50 million to initiatives in 20th-century Latin American and Latino art. In January 2012, the MFAH and ICAA has launched a digital archive of some 10,000 primary-source materials, culled by hundreds of researchers based in 16 cities in the U.S. and throughout Latin America. The online archive is available worldwide, free of charge, and is intended as a catalyst for the future of a field that has been notoriously lacking in accessible resources. The phased, multi-year launch begins with 2,500 documents from Argentina, Mexico and the American Midwest, capping the 10th- anniversary year for the Latin American program. Documents from other countries and communities will continue to be uploaded and made available. The first volume in a companion series of 13 annotated books will be published with the archive launch, with subsequent volumes in the series published annually.

The online archive is rich in artists’ writings, correspondence and other unpublished materials, as well as in texts published in newspapers and period journals by artists, critics, scholars and others who have played a vital role in shaping the cultural fabric of the countries and communities where the Documents Project has had a presence. The material brings to life the ferment of international cultures, ideas and personalities that swept across 20th-century South America, the Spanish-speaking Caribbean and Latino communities in the United States as artists, writers and intellectuals sought to define or challenge notions of a national art; art movements emerged in response to changing local political regimes, as well as to what was perceived as the onslaught of North American culture; and the contribution of Latin American artists to the early stages of global avant-garde movements. The archive also highlights the common interests and affinities shared by Latin artists working in North and South America, allowing for first-hand comparative studies of these broad-based, highly heterogeneous groups. Documents from Brazil, Chile, Colombia, Peru, Puerto Rico, Venezuela and the United States will continue to beadded to the website over the next three years, with the entire selection of holdings to date available by 2015. As the ICAA research initiatives progress, the website will continue to develop in perpetuity, making it an indispensable provider of Latin American and Latino primary-source documents. 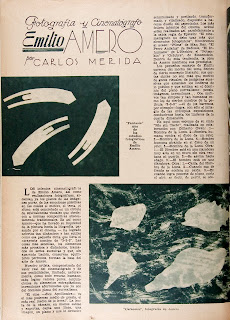 "Latin American art can now fully become part of the worldwide discussion of Modernism. For graduate students especially, this project will be of immense use and interest,‖ commented Dr. Edward Sullivan, The Helen Gould Sheppard Professor of the History of Art, New York University, and advisor to the Documents Project. The access to material written at the moment when the art was happening is a major tool to understand the development of artistic movements in Latin America. This project has the potential to integrate the lost chapter of Latin American art into the discipline of art history as it is taught at Western universities."

"This project is just the beginning of the effort to recover the intellectual production of 20th-century Latin American artists, critics and curators and to further research and awareness of this production in the United States and elsewhere,‖ said Mari Carmen Ramírez, MFAH curator and ICAA director.


"It will be up to future scholars to really make something out of this project and to continue to build what could truly be an amazing resource for the long-term development and consolidation of the field."


"The ICAA Documents archive and book project is unprecedented in its scope and depth,‖ said MFAH interim director Gwendolyn H. Goffe. ―The research teams have included the artistic production from countries that have been overlooked, opening up whole new avenues of scholarly investigation to as broad an audience as possible."