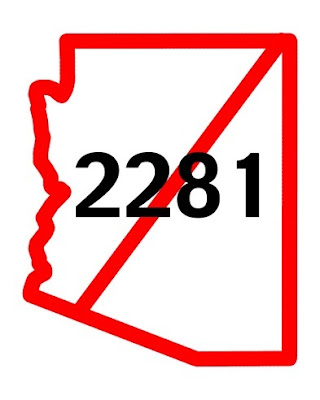 The Librotraficante Caravan is a movement that started in Houston when some books were banned from the Arizona education system.The caravan is intended to raise awareness of the prohibition of the Mexican American Studies Program and the removal of books from classrooms. It´ll work on the promotion of banned authors and their contributions to American Literature.
It´ll create a network of resources for art, literature and activism.

They will travel from Houston, Texas, to Tucson, Arizona, carrying a payload of contraband books, creating networks of Underground Libraries and leaving community resources in its wake. One of many responses to Arizona’s unconstitutional laws prohibiting Mexican American Studies, the Librotraficante Caravan has captured the imagination and hearts of activists, writers, educators, and students from all walks of life who want to preserve freedom of speech.

The Librotraficante Caravan will launch from Houston at 10 a.m. on Monday, March 12, from Casa Ramirez Folk Art Gallery (241 West 19th Street, Houston, Texas 77008.) It will stop in San Antonio and El Paso, Texas; Mesilla and Albuquerque, N.M., and culminate in Tucson, Ariz., on Friday, March 16. On St. Patrick’s Day, Saturday, March 17, they’ll host a huge literary celebration of El Batallion San Patricio at 6 p.m., celebrating Irish and Mexican collaboration of the past. The caravan celebrates Quantum Demographics, or multifaceted cultural unity, throughout its tour also highlighting African American and Native American literary contributions along the route. The entire schedule is available online.
“Every great movement is sparked by outrage at a deep cultural offense,” said Tony Diaz, founder of Nuestra Palabra: Latino Writers Having Their Say, which has led the charge, “When we heard that Tucson Unified School District administrators not only prohibited Mexican American Studies, but then walked into classrooms, and in front of young Latino students, during class time, removed and boxed up books by our most beloved authors - that was too much. This offended us down to our soul. We had to respond.”

Diaz added, “With their record of anti-immigrant legislation, politicians in Arizona have become experts in making humans illegal. We did not do enough to stop that, thus that anti-immigrant legislation spread to other states such as Alabama and Georgia. Now, these same legislators want to make thoughts illegal. If we allow this to happen, these laws, too, will spread. Other branches of ethnic studies will be prohibited, and other states will follow suit.”

With its radio program and blockbuster literary showcases, Nuestra Palabra: Latino Writers Having Their Say has 13 years of experience promoting Latino literature and literacy with authors and thinkers from across the country. This once informal alliance of artists, activists, educators, and professionals has galvanized to create cornerstone structures for a network that will remain in place for future causes as well.

The full spectrum of this network links the talents of such people as Genius Mac Arthur Grant recipient Sandra Cisneros, whose beloved novel HOUSE ON MANGO STREET has been prohibited in Tucson High School classrooms.

Among the supporters are Sandra Cisneros, who kicked off their fundraising efforts by making a generous donation; Guggenheim Fellow Dagoberto Gilb, whose work recently appeared in the New Yorker and Harpers simultaneously; and best selling author Luis Alberto Urrea, with multiple titles found on the banned book list, was the first to enthusiastically support the project through Twitter. Other literary giants participating in the Librotraficante Caravan include Rudolfo Anaya, whose seminal novel BLESS ME ULTIMA is banned; Denise Chavez, FACE OF AN ANGEL, who is hosting the caravan in Mesilla, N.M., and who organizes the Annual Border Book Festival; Lalo Alcaraz, creator of the syndicated comic LA CUCARACHA and who coined the phrase “Self Deport”; and Rene Alegria, founder of Boxing Badger Media and www.mamiverse.com, who attended one of the impacted high schools in Tucson. Institutions that have already confirmed to host the caravan include the Guadalupe Cultural Arts Center in San Antonio, Texas, and the National Hispanic Cultural Center in Albuquerque, N.M.

Specific outcomes:
1. Underground Libraries: Librotraficantes will donate copies of the banned books a local nonprofit in Houston, San Antonio, Albuquerque and Tucson. These sites will not only be given copies of the banned titles, but from now on, all multicultural authors are encouraged to mail copies of their books to these sites when they are published, so that our community will always have access to our literature.
2. Teach-ins and a Supplanted Book List: Workshops that include free curriculum guides with literary excerpts and lesson plans that can be used in class and immediately applied to other works.
3. Network of Librotraficantes across the country: This is a case of new media saving the classic media of books. Had Arizona done this ten years ago, we most likely would not have heard about it until it had impacted a second generation of youth. However, because of new technologies and the network of writers and activists who are communicating on multimedia platforms, we were not only able to hear about Arizona’s actions, but to also utilize new media tools to organize some classic activist strategies to respond - from now on!