A New era at the Museum of Fine Arts, Houston 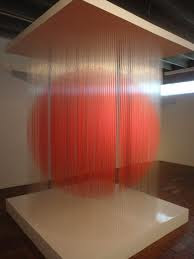 Ten years ago, I had the privilege to interview Mari Carmen Ramírez, who was appointed the chief curator of the Latin American Department at the MFAH. Here is the reproduction of that article that was published in 2001. Ten years have passed and Dr. Ramírez and I talked again The current conversation I had with her due to the tenth anniversary of her Department, has been published in Literal´s spring issue 2011.

In May 2001, the Museum of Fine Arts, Houston (MFAH) established the first Curatorial Department of Latin American Art in the United States. This is an especially important event for Latin American culture, as it is the only center of its kind in this country. Although a similar program was created at The University of Texas in Austin in the 1960s, this was only a minor department within a department—it did not enjoy the stature and resources of the MFAH.

“The MFAH´s department is the only Latin American center within a museum exclusively developed and dedicated to the study of contemporary Latin American Art,” explains the center’s curator Mari Carmen Ramírez.

A Museum Evolves
The MFAH was formed in the early 1900s. The first steps to establishing a general collection were taken when the museum acquired pieces from Egyptian, Pre-Columbian, Classic, Greco-Roman and European collections. Eventually, African and Asian pieces were incorporated, but artistic production from Latin America had no real presence or significance.

As the Latino community’s political power and cultural influence grew, the museum’s trustees and director became conscious of the need to include Latin American art in its global collection. In turn, the concept for the Latin American center was established. The center exists for two reasons: one, to acquire works of art for the collection and exhibitions; and two, to create a research center dedicated to surveying Latin artists, movements and trends. The center is designed to complement the Curatorial Department activities and to provide deeper insight and opportunities for advanced research.

In general, art museums in the US do not include research centers. According to Ramírez, this center is important because “right now, the discipline of Latin American art does not exist—it is just emerging. Latin America art does not exist—it is just emerging. Latin American is not taught at universities, and it has not distinct interpretation. Because of this lack of study and exposure, North Americans do not have a clear vision or understanding of its essence. This curatorial project is noteworthy because it includes both educational and research components.”

Global Recognition of Latin American Art
In the 1960s, there was a very important movement which globalized Latin American art. Exchange circuits were created between Latin America, Europe and the United States; exhibitions were presented; scholarships were granted and artists traveled. International art circuits created a demand for artists not only from Hispanic America, but from Asia and Africa as well.

This demand was accompanied by a trend towards the exotic. The gay movement began. Artists like Frida Kahlo—the female victim of machismo who vindicated herself—were recovered. Stereotypes were created—like the idea that all Latin American art is political, and created with brilliant colors and wild themes. Neoliberal trends were in vogue.

The MFAH has been part of this movement not only through the creation of the Curatorial Department, but also through the introduction of great artists to the American public. Artists like Jesús Rafael Soto, almost unknown in the US is famous in many other parts of the world. So are Argentineans Antonio Berni, Olivia Clark, and Gego, to name a few. Ideally, the MFAH would like to include all of these artists in its core collection, to be seen and admired with the works of Picasso and Matisse. 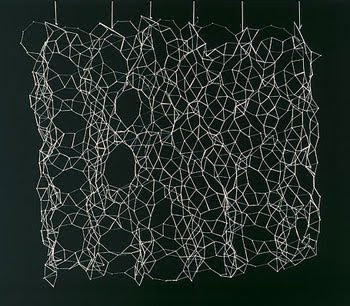 The museum intends to collect these artists´ works and introduce them along with other 20thCentury artists. “However, it´s important to note, when talking about Latin American art, we are not referring to it as a ghetto of artists,” clarifies Ramírez. “The museum is interested in incorporating Latin American artists into the universal art realm, where they should have been from the very beginning. Not only Latin Americans, but people of all ethnic groups can now appreciate it. Latin American art will soon carry on a dialogue with all other cultures.”

Although the focus of MFAH{s department will be on the visual arts, interdisciplinary projects will also be presented. The museum currently has a Latin American film library with an existing program just introduced last year. The film idea was developed before the center was created. But now there will be a more solid interaction between Latin American films and artists´ retrospectives.

The Future of Latin American Art at the MFAH
The MFAH´s Latin American Department expects to have a large collection of art and several significant exhibitions and publications during the next 10 years. The goal is to develop a consciousness about Latin American artists within the American public. “We hope to not only make it known, but to achieve a sound understanding of it,” explains Ramírez. It is not just about presenting exhibitions, but rather, establishing a solid and sound project that will provide lasting, long-term results. It is our intention to create books, documents and other Latin American publications within 15 years. Ultimately, we expect to achieve a presence.”